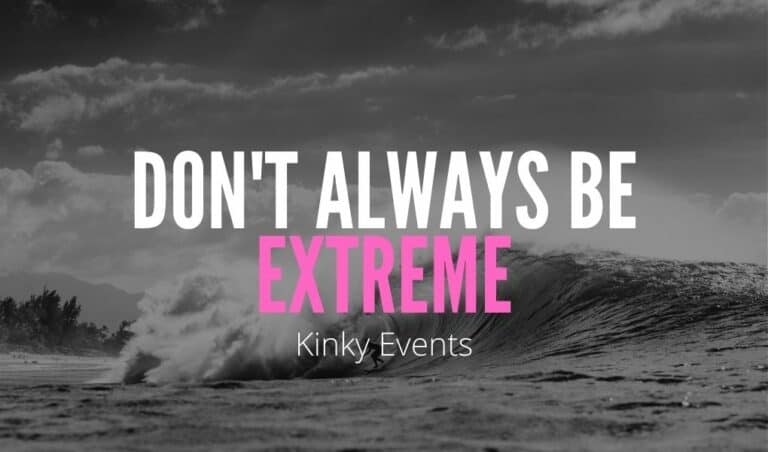 Replicating what you see online is only going to get you into trouble fast.

If an experienced Submissive hooks up with a beginner Dominant and begins listing all the things she wants done to her, the Dom is most likely going to feel under pressure to deliver.

Likewise, an experienced Dominant engaging in play with a new Submissive might feel the need to show off or impress her with his knowledge and skills, resulting in an intensity which exceeds her expectations in a bad way.

And the Submissive, not wanting to disappoint the Dominant, and show how ‘good she is’, may end up going along with due to her natural desire to please but really feel out of her depth.

Both of these situations can be avoided by good communication, getting consent, and taking things slowly. Lower intensity is preferable.

Once trust builds up between you and your partner over multiple sessions the intensity can be increased.

Even if you’re experienced, low intensity can be lots of fun 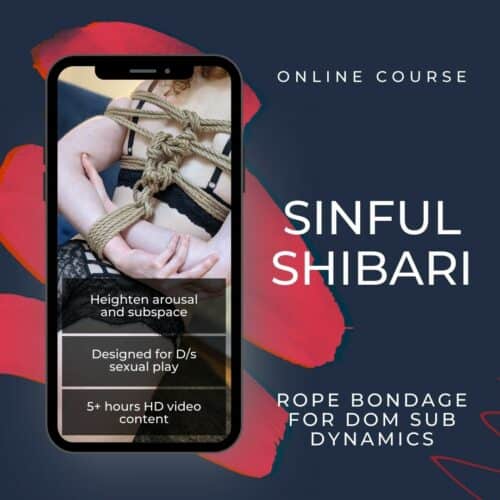 This is where I see Romantic Dominance fitting in perfectly. A romantic dominant has a kind and caring side, and scenes are often geared around giving the Submissive pleasure and making her feel taken care of.

Although the Romantic Dominant can up the intensity if needed, he also takes care to include periods of low intensity to check in with his Sub and give her mind and body a chance to recover.

The Dominant dictates the scene energy

For example, I could run a spanking session which involves very light spanks and lots of massaging stroked in between for a beginner Sub with the aim of making her relaxed and to get a feel for spanking.

I could also run an intense spanking session for a more experienced Sub who wants to feel pain with the aim of putting her into a deeper subspace.

Both involve spanking but I’ve adjusted the intensity based on the Submissive I’m working with.

Notice how this approach differs from some other styles of dominance where the Dom thinks of the scene as only being about his pleasure and what he wants to do to the Sub, with not much thought to what she gains from it.

UP NEXT:  The Power of Repetition for Inducing a Submissive Mindset

This might work for an experienced Sub who knows being completely out of control and roughed up is her thing, but for many Subs this style of dominance will lead to disappointment.

As a Romantic Dominant I make sure I understand my Submissives reasons for wanting to submit. I get her to fill in a sex menu so I know what her interests are as well as her hard and soft limits. And I work with her over time to build up the intensity.

Low intensity displays of dominance outside the bedroom

Here’s a brief example of taking a simple moment outside the bedroom and turning it into a moment of dominance and submission that anyone can do.

My Sub is busy in the kitchen making herself some tea. I come up behind her, give her a bear hug (which makes her feel little because she feels the strength of my arms around her and knows if I wanted to I could overpower her), then run one hand over her breasts, squeezing one firming, my body pushing her into the kitchen counter. The other hand slaps her bum lightly and reaches around to pull her hips up and into mine, so she feels my cock through my trousers against her ass.

All this while I’m telling her to continue making her tea, teasing her a little by saying things like “What’s the matter? You don’t seem to be very focused on making your tea all of a sudden” as she squirms and gets distracted by my touch.

It’s all performed with a jokey, fun, playful attitude. She knows we are kidding around but it still gives her a sense of feeling little (submissive).

I really enjoy creating moments throughout the day like this because:

The main takeaways from this article are: